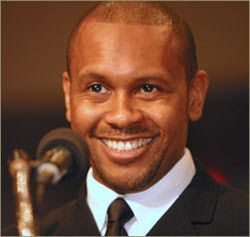 Kevin Powell had a long election campaign running for Congress here in New York.  He didn't let that defeat get him down.

Powell has signed a two book deal with Simon & Schuster to release his own memoir, "The Boy With A Mother And No Father", to be released Fall of 2012.

After releasing his memoir, Powell will take his collection of history and archived interviews to release "Tupac Shakur: The Authorized Biography"

To read statements from Kevin Powell about the biography, click here.
Posted by Ife´D. on Tuesday, November 30, 2010